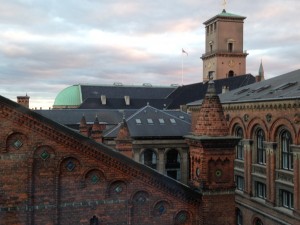 Why is MS rare in HIV+ people?  Gold presented results from United Kingdom database of 55 million people between 1999 to 2001.  Out of the greater than 21,000 HIV+ patients, only 7 also had MS.  Greater than 18 people with both diseases would have been expected.  Could be that anti-viral therapy for HIV helps MS?   Trial beginning with MRI scans for raltegravir.

Smoking increases the risk of developing MS.  Men who smoke a pack per day for 16 years have three times the risk.  Quit smoking for 10 years and risk declines.