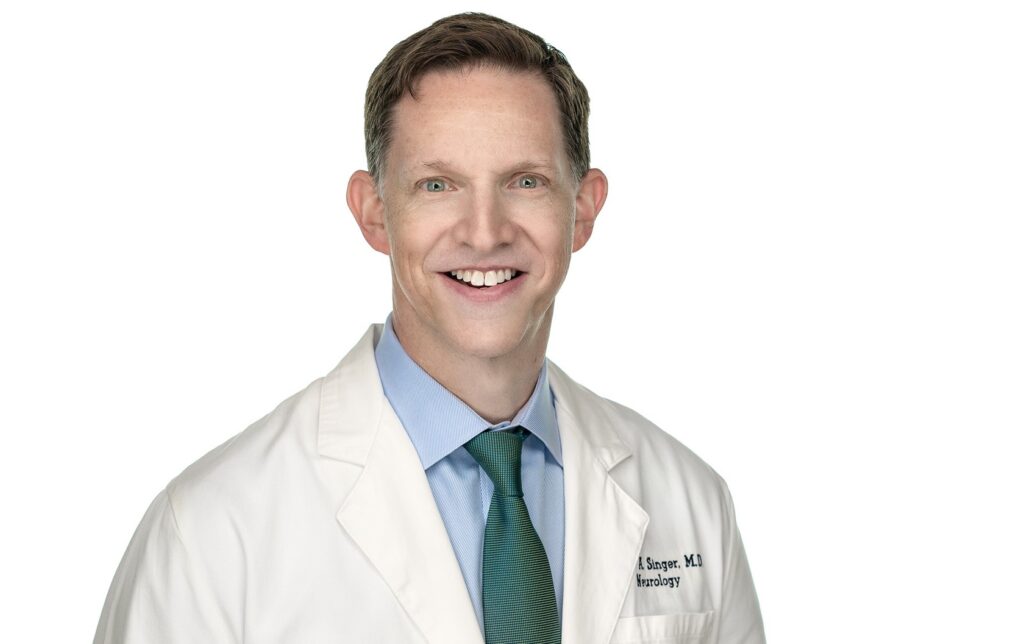 Barry Singer, M.D., a native of St. Louis, is a neurologist specializing in multiple sclerosis at Missouri Baptist Medical Center in St. Louis. He is the director and founder of The MS Center for Innovations in Care. He has been in the BJC Medical Group since 1999 and remains on staff at Barnes-Jewish Hospital in St. Louis where he practiced full-time from 1999 to 2008. Dr. Singer graduated college from Duke University in 1988 and medical school from Columbia University in 1992.  He is an Associate Professor of Clinical Neurology at Washington University in St. Louis.

His neurology residency was at Cornell-New York Hospital and his two-year multiple sclerosis fellowship was at the National Institutes of Health. He has been an investigator in more than 35 clinical trials focused on new multiple sclerosis treatment options since 1994. He continues to publish in the field of multiple sclerosis, present at global scientific meetings and serves as course director for national continuing medical education programs. As a leader in multiple sclerosis and patient advocate, he lectures on MS throughout the U.S. and globally.  In 2016, he was appointed to the Board of Directors of the Multiple Sclerosis Association of America and serves on the Executive Committee.

Meet Our Team. They are here to help you fight MS.